It’s hard to break into a field when it’s already filled with so much talent. Consequently, art directors, writers, and game developers have their work cut out for them when it comes to finding a job. Part of the problem is due to the fact that companies like Square Enix, Bethesda, Atlus, and Blizzard have been in the market for decades now and are great at scouting out the best talent. So, if you’re going to stand out among the crowd, there are some industry fundamentals you need to get your head around.

While it is never a bad idea to specialize in one aspect of development or another, you’ll need to be able to do just about everything. That means not just writing lines of code but also lines of dialogue and important exposition. You’ll have to know a little bit about art direction, storyline pacing, composition, character models – the list goes on and on.

Chances are, you’ll learn most of these subjects on a surface level in school, but you’ll have to take that knowledge a step or two further to really make an impression. In order to progress your skills, you’ll most likely have to learn from some of the best developers in the business.

There’s plenty to learn from legendary developers like Tetsuya Nomura if you’re willing to take a look at some of his previous works. So we think if you want to become well-rounded, you have to learn from some of the best who already have all of those skills.

Have A Knack For Creating Characters

Creating deep, believable, well-designed characters is one of the most important skills to have when crafting RPGs. Also, being able to create a large list of unique characters will help you become a recognizable developer. Some of the best RPG titles not only have a long list of characters to fall in love with, but they introduce players to individuals rather than copy and pasted personalities.  Being able to do this is a skill that translates to games such as action, MMO, tactical, and sandbox RPGs and even goes far beyond the genre. If you can write, develop, and animate characters to an incredibly high degree, you’re already on your way to turning heads. Just be sure to stay away from trope characters. While they can fit well into certain stories, be sure to avoid the temptation of the road already traveled.

Get To Know Composers & Learn Some Tricks Yourself

Although studios will many times hire composers they’ve already worked with, it doesn’t hurt to have a few names in mind moving into a project. One of the most influential video game composers, Nobuo Uematsu, got his start when he was working at a video game store in Japan. Now he’s living off of releasing arrangement albums and getting offers from just about anyone in the industry.

If you can find the next big composer or become friends with them, chances are you’ll form a bond similar to the one Uematsu and Square Enix had where he was asked to work on some of the biggest titles in the Square Enix catalog and then some. It also shows that you have a solid vision for your games where you understand not only how they should look and play, but how they should sound.

Going forward with these tips will make finding a job in the industry that much easier. Start studying and soon you’ll get your foot in the door! 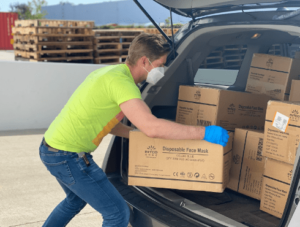 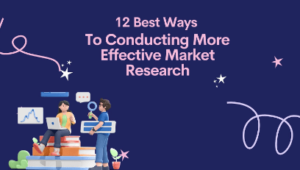