Hard disk drives (HDD) are the most common method used to store data on a computer.  Data is stored in a digital format on magnetic surfaces of the disks.  These disks are known as platters serve to read-write data and can spin at around 7000 times a second.

Unfortunately, hard disk drives have very slow data access when compared to, for example, RAM.  The latency, i.e. the amount of time it takes for a specific block of data to be processed by the read-write head, can be significant. 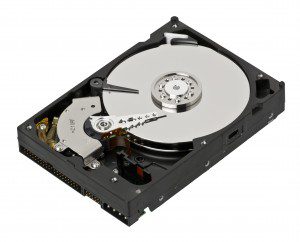 Solid-state drives remove the problem of latency significantly.  They have no moving parts and all data is retrieved at the same rate.  There are two types of solid-state drives: Flash (use NAND chips) and EEPROM (use NOR chips). 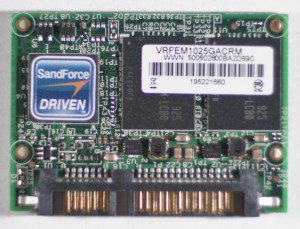 Flash is the most common type of solid-state storage device, which store data by controlling the movement of electrons within NAND chips.  The data is stored as 0s and 1s in millions of tiny resistors within the chip.  This effectively produces a non-volatile rewritable memory.

Electronically erasable programmable read-only memory (EEPROM) technology on the other hand, uses NOR chips instead of NAND and is the more expensive option of the two.  The main difference is that EEPROM is faster in operation and allows data to be read or erased a single byte at time, whereas NAND only allows blocks of data to be read or erased.

There are several benefits to using SSD technology rather than HDD:

– they are more reliable (no moving parts to go wrong)

– they are lighter & thinner (therefore more suitable for laptops)

– they have a lower power consumption

The main disadvantage of SSD is the questionable longevity of the technology.  For this reason, SSD technology is not used in servers, for example, where a huge number of write operations take place every day.

Post-it notes are a key part of my teacher toolkit as well as being an excellent example of appropriate technology in the classroom. Small…