Minecraft is what is known as a ‘sandbox’ or ‘open world’ video game in which players roam and create within a virtual world.  Players walk around, jump, dig and punch things with their hand as they build, mine or farm resources.  By allowing users to build and explore as they choose, Minecraft can be used as an immersive learning platform to extend and enrich the curriculum.  For most educators the use of Minecraft might seem like an intimidating idea, especially since many students are experts with this platform!  Nevertheless, the skills and knowledge that students can bring to Minecraft should be seen as benefit.

In all the lessons that I have taught using Minecraft for example, students are very engaged and work collaboratively on the tasks set.  However, no matter what their skill level might be, it’s important to communicate some ground rules beforehand related to digital citizenship, i.e. about behaving appropriately in a digital space.  Just as students would follow rules about how to behave in the real world, they should understand that similar rules apply in their Minecraft world.  They should not, for instance, damage one another’s building efforts, nor should they communicate online (using Minecraft’s chat function) in a way that is inappropriate.

Fortunately, since 2011, MinecraftEdu has been developed specifically for use in the classroom context.  The MinecraftEdu platform retains the key elements of the original Minecraft while including additional features that facilitate its use in the classroom.  Key additional features allow the teacher to control what students are doing in the Minecraft world.  Students can be muted or frozen, for example.  In so doing, MinecraftEdu platform can be used to teach a range of skills and subjects from maths to humanities and social sciences. 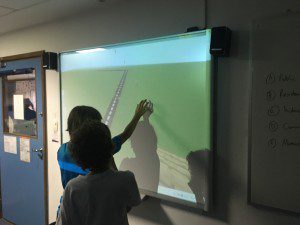 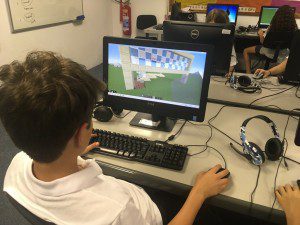 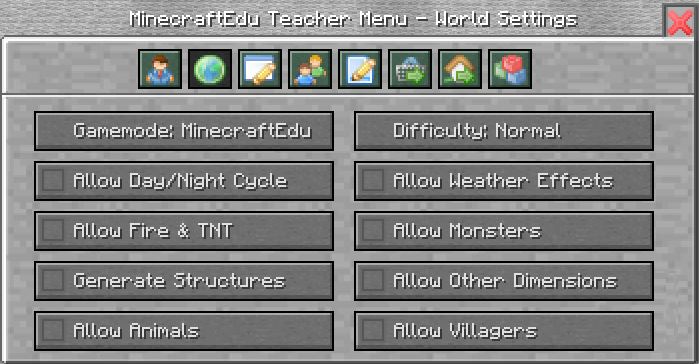 The MinecraftEdu version includes additional features such as a set of teacher designed classroom management tools that allow teachers to manage the world as well as the users in it.

Below, I have attached a PDF of the lesson plans that can be used to teach students about building an environmentally friendly city, which we used for our IPC unit on Climate Control.  These lesson plans can easily be adapted for literacy, to help spark students’ imagination.  For example, following Mr P’s lesson ideas, we also got our students designing Kensuke’s Kingdom using Minecraft.  Once students had completed their collaborative virtual kingdom, they were asked to take screenshots and upload these screenshots to their digital portfolios.  This is particularly useful for promoting students’ creative writing skills, as they can then be asked to write a description of the world they have created.

Digital portfolios are an important part of student assessment in Computing & ICT, as they provide evidence of students’ learning.

An interrupt is a signal sent from a device attached to the computer or from a software that the computer is running, which causes…