Helping Anyone & Everyone Understand New Technologies 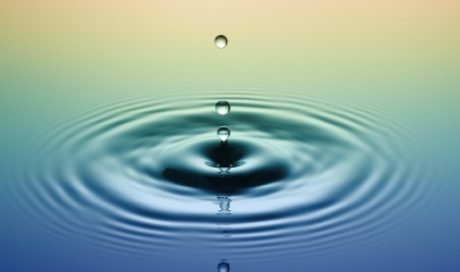 Throughout history, human beings have inherently been social animals.  Our social and emotional well-being are naturally nurtured through making and maintaining human connections.  Unsurprisingly therefore, students’ learning automatically benefits when they feel a human connection with the key people around them – family, peers and of course, teachers.  As I often find myself saying to parents, if students are unhappy (and this is usually to do with a lack of quality human connections), then their learning is stifled.

One need not look far for established research into the importance of human connection for successful teaching and learning.  Work from the child psychologist, Led Vygotsky, in the 1920s and 1930s for example, was firmly rooted in social constructivism, which stresses the significance of both culture and social environment in the way in which we relate to the world around us; it is the systems and processes we employ to build knowledge from our understanding (MacBlain, 2014).  In other words, learning takes place through relationships with others, supported by conversation and language.

Importantly, this means that if a student does not admire or respect the teacher, s/he is far less likely to lean into difficult tasks, be enamoured with the subject or respond well to critical feedback – all natural outcomes from successful teaching.  The rousing TED Talk by educator Rita Pierson (2013), for instance, makes clear this value of human connection for students.  As Rita Pierson eloquently puts it, “Kids don’t learn from people they don’t like”.

Successful teaching requires the ability to connect with and facilitate connections between other human beings.  It is also necessary for teachers and school leaders to build and foster congenial relationships across the school community, with colleagues and parents.  In this way, ideas are shared, support networks are formed and a spirit of camaraderie becomes the norm – all of which benefits teaching and learning.

A related idea to growth mindset and human connection is that of mindfulness.  By its nature, mindfulness practice can help to break the pattern of habitual, self-limiting, and ‘fixed’ mindsets about ourselves and our students.  I do certainly believe that mindfulness can serve as a very effective tool both for helping us to take control of our own inner voice (and consequently, mindset) while also, in the process, helping us to master our emotions .  In the bigger picture therefore, mindfulness practices such as relaxation techniques, breathing exercises and other methods, can help to foster human connection.

In fact, for quite some time now, there have been a vast array of mindfulness interventions and initiatives around the world in education.  Some notable examples include the ‘Mindfulness in Schools Project’, ‘Mindful Schools’, ‘MindUP’ and ‘Smiling Mind’.  At the time of writing, mindfulness has also been introduced as an official subject in several hundred schools in England in an effort to teach children about the importance of looking after their mental health.

These moves reflect recognition of the fact that mindfulness practice can be an important part of successful teaching as well as the overall health of students.  Recent scientific advances, for instance, allow us to see that the parts of the brain associated with such positive emotions as happiness, empathy and compassion actually become stronger and more active as people engage in mindfulness practice (Williams et al., 2001).  Studies also show that mindfulness helps us with the regulation of emotion, attention, thought and behaviour (Jennings & Siegel, 2015).

However, I am aware that there exists some confusion and misconceptions related to mindfulness, which I would like to clear up.  Often, for example, mindfulness can be confused with meditation.  While there is certainly overlap between the two terms, there are some important differences, which should be clarified.

According to the authors of ‘Mindfulness – a practical guide to finding peace in a frantic world’, Mark Williams and Danny Penman state that,

‘Mindfulness is about observation without criticism; being compassionate with yourself… In essence, mindfulness allows you to catch negative thought patterns before they tip you into a downward spiral.  It begins the process of putting you back in control of your life.’ (Williams & Penman, 2011, pp. 5)

In other words, mindfulness is both the state itself of mastering emotions and it is the tool to achieve this mastery.  As a form of meditation, mindfulness is about focusing on being in the present, such as focusing completely on eating soup, taking in its scent, warmth, and taste and letting go of unwanted emotions from your mind in the process.  In this way, you are monitoring, in real time, your experience, and doing so in a nonjudgmental way.

My personal journey and understanding of mindfulness began back in 2009, when I went to northern India to do a 10-day silent Vipassana meditation retreat.  Up until that point, I had, like most people, become accustomed to distraction.  For the first time ever though, all that distraction was quite literally taken away – no mobile phone, no one to talk to, no reading material – literally nothing to do except attend scheduled meal and meditation times.  The experience was an arduous one; even by the end of the 10-days, I never really felt that I had been able to meditate successfully.  Instead, I would just close my eyes, try to concentrate on my breath and then be bombarded with thoughts darting back and forth – thoughts about the past and thoughts about the future.  I could not escape them.  When those 10-days were finally up, I felt it had all been a waste of time and I had achieved nothing more than a disdain for meditation.

Since then, however, I have gained a new understanding of this experience.  For a start, the experience taught me just how powerful and repetitive our thoughts can be.  Most of us, most of the time are operating unconsciously on autopilot; our minds are dragged around from one thought to the next like wild horses.  As Williams and Pennman (2011, p. 9) explain, when we feel even a little unhappy (which is perfectly normal), our thoughts rush in, trawling through memories to find those that echo our emotional state.  This can draw us into an emotional quicksand because our state of mind is intimately connected with memory.  One thought or feeling triggers the next, and then the next.  Before long, the original thought – no matter how fleeting – has gathered up a raft of similar thoughts and you have become immersed in a particular feeling.  This was certainly the experience that I felt in India.

Some years later, in 2012, I discovered – without realising it at the time – mindfulness meditation.  I had embarked on The Camino de Santiago, a long pilgrim route stretching across Europe to the town of Santiago in Spain.  Over the space of just a couple of weeks, I walked almost 200-miles – more than I had ever walked in such a short amount of time before.  Unaccustomed to such long walks, my feet quickly became covered with blisters and upon my arrival at Santiago, I had tendonitis in both ankles.  I did, however, love the experience.  During those log walks, I would get into a rhythm and become acutely aware of my surroundings – including the sights, sounds and smells of the experience. In other words, I was experiencing the very essence of mindfulness meditation.

The state that I had unsuccessfully been trying to reach through Vipassana meditation was a state of mindfulness.  While mindfulness is involved in most forms of meditation, mindfulness is itself a form of meditation, which simply requires you to remain aware and present in the moment.  Rather than dwelling on the past or worrying about the future, mindfulness encourages awareness of your present surroundings – as I experienced on The Camino de Santiago.  In a state of mindfulness, we are no longer operating on autopilot and instead have a space of mind that gives us the ability to pause before reacting mindlessly.  The beauty of mindfulness, however, is that it is something we can practice almost anywhere – including in the classroom.

If a teacher is not mindful of what they are doing, the classroom environment can be a setup for stress-related health problems:

‘Under pressure, some students become disruptive, distracted, and even defiant, and teachers may become anxious, frustrated, embarrassed, and hopeless.  From this perspective, it’s easy to see why teachers are burning out and students aren’t learning.  The stress response is derailing our teaching and students’ learning.

The idea of applying a mindfulness-based approach to supporting teachers’ well-being make perfect sense.  Furthermore, if we could give teachers the skills to better manage these social and emotional demands, the classroom climate would improve and so would student behavior and learning.’ (Jennings and Siegel, 2015, xix)

Mindfulness has not only been shown to benefit social relationships (Karremans et al. 2017), but it can also be practised specifically in the context of social relationships (Kok and Singer, 2017).  Being mindful while interacting facilitates effective communication (Burgoon et al. 2000).  Specifically, this is known as interpersonal mindfulness.  According to Jennings and Siegel (2015, pp. 6-7), interpersonal mindfulness involves the development and practice of the following behaviours:

It is not difficult to see how such qualities can be invaluable to the school-context, when dealing with students, parents and colleagues.  When we encounter a disruptive child, an enraged parent or an obnoxious colleague for example, we can sense and observe our own emotional states without becoming reactive or impulsively acting on them.  In this way, we achieve a state of equanimity and are in a much better position to teach successfully, as our ability to handle difficult situations improve.  For further information and practical exercises to develop your mindfulness practice, I highly recommend ‘Mindfulness for Teachers’ by internationally recognised leader in the field, Patricia Jennings.

Top 5 Versatile Technologies to Help Your Business Succeed in 2022

Car rental as a business. How to start?

4 ways I use drones in education

4 Things to Note When Starting a Managed Service Provider Business