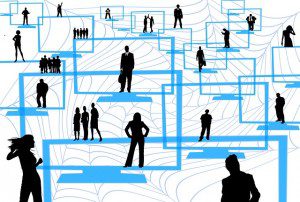 The media has three main functions: to inform, guide, and entertain. It is generally agreed, however, that media’s most important role is to tell the public what is going on in the world and why. This in turn gives us the definition for news itself, which according to Smith (2007, pp. 13) is to ‘tell its audience something it doesn’t already know’. There may be nothing they can do about it, says Smith, but they need this information to make the choices necessary in a democratic society. The argument for news literacy education therefore, rests on the premise that news media is fundamental to democracy. Altschull (1990) refers to this belief as the democratic assumption:

This gives the news a very distinct and important role, setting it well apart from other media content. It is important, according to Ashley et al. (2013, pp. 7), to distinguish news literacy from the broader and more widely used term media literacy; unlike other media content, the news plays a crucial role in safeguarding democratic societies and democratic citizenship. This is because the news media provides the primary source of information about political, economic and societal affairs, helping citizens to form opinions that cover a wide range of issues affecting choices about governments and policies. It is the job of reporters then to gather the news, check its accuracy, and present it in a way that can interest and be understood by the public.

Although relevant as a framework to understanding rights, freedoms, and claims for better quality information in a pluralistic society, the conception of news and democracy, according to Mihailidis (2011), is overly idealised, and this is why news literacy education matters so much. Certainly on a global scale, national biases exist, in which significant stories about countries elsewhere in the world may be ignored, as they are not perceived to be ‘relevant’ in the parochial eyes of the mainstream news media. Writing apropos of television and daily newspapers for example, Hamelink (1976, pp. 120) interprets the news as a functional element of hegemony, pushing the views of the dominant interests of society.

‘…“information about the world” is presented in incoherent fragments (especially in “newscasts”) or in pre-digested explanations which can only be passively filed away. In this way “information” functions as an oppressive tool since, by its manner of presentation, it keeps people from shaping their own world. The incoherent fragments preclude the wholistic perspective which enables insight into the interdependence between happenings, into the involvement of one’s own context, and into the possibility of acting upon the challenge thus posed’.

Hamelink suggests that the only way people can have a chance to intervene in their reality is for information channels to be created that permit the coherent organisation of information. News literacy, thus, would be promoted by giving readers a clearer insight into why news providers are ‘pushing’ particular stories over others. From the perspective of the global news arena, this means national biases could be overcome if only the information channels themselves change. To this end, one might expect that the free flow of information facilitated by the Internet has led to a well-informed citizenry able to pressure governments and journalists for more transparency. The highly acclaimed media scholar, Marshall McLuhan (1964, pp. 5), even predicted as much:

‘Increased speed of communication and the ability of people to read about, spread, and react to global news quickly, forces us to become more involved with one another from various social groups and countries around the world and to be more aware of our global responsibilities’.

Despite the seemingly endless possibilities for knowledge transfer presented by the Internet, the reality is something quite different from what McLuhan had envisaged. This is because the sheer quantity of information available and its ease of access has led to what Whitworth (2009, pp. 4) has referred to as information obesity, in which ‘Information is not being turned into knowledge and then fed back into the environment to be drawn on later’. For example, more information with no objective value whatsoever has been made available by the Internet. Thomspon (2008) refers to such information as ‘counterknowledge’, which he defines as “misinformation packaged to look like fact”. In the context of news online, this issue is particularly pertinent since anyone can become a citizen journalist and post “news” online. Although this gives news consumers substantial choice and control over their news diet, it becomes problematic if news consumers take everything they read, see or hear at face value. In an online world circulating great quantities of information, it becomes more difficult to find international news that is reliable, high-quality and relevant to the pressing issues facing the world.

However, even putting the ideals behind global news literacy to one side, there is still plenty of value in using the news to improve literacy standards in schools. Studies consistently show that newspaper reading contributes to reading and writing skill development (Palmer et al., 1994, pp. 51). According to Bernadowski (2011, pp. 5), the newspaper is the perfect textbook for so-called ‘adolescent literacy’, because it is written at a level that many of them can read, and it provides adolescents with much needed skills and strategies to function in the adult world. Moreover, Phelps & Pottorff (1992, pp. 2) state that newspapers provide special elements that have been well received by secondary students with reading problems. For example, comprehension can be fostered by introducing the journalistic approach to news reporting and semantics can be taught by helping students discover the meaning of new words through context. Given the broader cultural and educational value of using the news in education, there should be a greater effort made to include it in school curricula.