Augmented Reality (AR) is a type of virtual reality that blends the real scene viewed by the user with a virtual scene generated by the computer.  This composite view is designed to enhance the user’s sensory perception of the real world they are seeing or interacting with.

The technology, as most of us know it today, is still in its infancy.  The explosion in the popularity of smartphones and other touch screen devices though, has led to the creation of various augmented reality applications.  When most people first interact with augmented reality, they are amazed at what the technology can do.

As the video below shows, AR technology can completely change our perception of the world around us.

It’s not just in the commercial domain that augmented reality has potential.  By layering data and information on top of the real world, augmented reality presents some exciting possibilities for the classroom as well, as it can help to increase student engagement and understanding of a lesson.

Below I list the best AR apps that I have discovered for use in the classroom:

1. Aurasma allows people to turn everyday objects and images into an interactive opportunity.  Using an iPad for example, you simply take a photo of an object, and then choose one of the many animations or images (or photos/videos that you have taken yourself) to overlay on top of the object.  Whenever you then scan the object using the Aurasma app, the object’s image triggers the augmented reality – whichever animation you have chosen suddenly becomes visible. 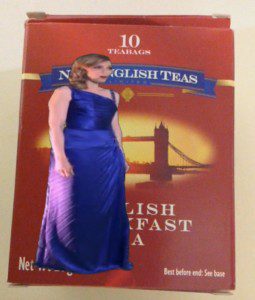 In this example, this box of English tea bags triggers the Aurasma app to produce a video of the British National Anthem.

There are many ways Aurasma could be used in the classroom.  For example, teachers could create an interactive word wall – for every word on display, a relevant photo or video could be triggered by the Aurasma app, which helps students to remember the words.  Another possibility is to create an interactive newspaper article – just like in the Harry Potter films, the photo in the article could be programmed to turn into a video.  Below, I have put together a video showing a few examples of how a teacher might use Aurasma in the classroom:

I have also created this tutorial video, which shows how to create digital auras (overlays) that are activated by the trigger images you choose:

2. CyberChase Shape Quest - This app is aimed at children ages 6 to 9, helping them to use their geometry and spatial reasoning to develop problem solving skills.  Once the app is installed, you just need a printout of the game board.  The children can then hover the iPad over the game board to trigger the augmented reality gaming experience.  Unlike other games out there, this gets the children moving their whole bodies around the game board in order to interact with the game. 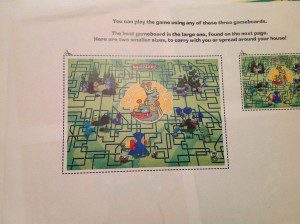 The printouts of the game board come in three different sizes – small, medium and large. These can then be handed out to students, who will then be able to use the Space Quest app to scan the game board and play.

The game makes full use of augmented reality, getting the user to complete tasks by manoeuvring the iPad around the game board.

3.  Spacecraft 3D – A great app to accompany any topic on space, Spacecraft 3D enables you to find out about the variety of spacecraft that are used to explore our solar system.  Using printed AR images and the camera on the iPad, you get to see the robotic explorers close up. 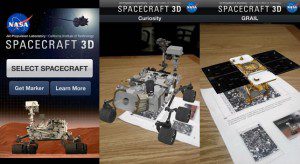 4.  The AR Flashcards are great for early years.  Simply print out print out the AR cards (provided as a PDF document on the developer’s homepage), and you’re ready to go.  The developer has the following apps available that are well worth using with younger children:

I think this is a great app for teaching young children about the letters of the alphabet.  The 3D images wobble slightly as well, giving them a natural feel.

An ideal app for learning about the different planets in the solar system, AR Flashcards Space could be used with students of any age.

This is a really creative app and one of my favourites. It makes use of a circus theme, as each 3D figure is holding or balancing on a different shape. I think this is an enchanting way for young children to learn the names of shapes and colours.

5. Quiver is a brilliant app for all ages, but can be especially useful for younger children.  Making use of a variety of colouring pages, which are available from the Quiver website for all subject areas, the colouring pages become 3D on your iPad just as you have coloured them! 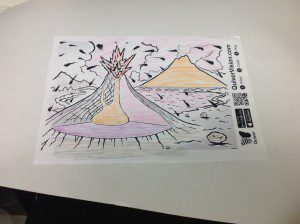 The first step is to colour the colouring page. Whichever page you pick, it will need to be downloaded onto the iPad beforehand in order for the augmented reality to work. This only needs to be done once, and then it will work straightaway. 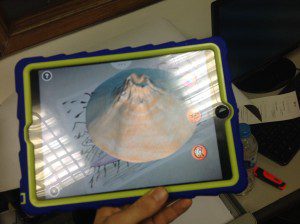 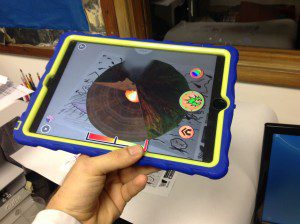 Each colouring page has its own animated actions that the user can interact with.

Teachers are still pioneering how augmented reality can best be used in the classroom.  One thing is for sure though, that with the right apps, students’ engagement and overall level of understanding can be increased.  By providing a completely different interface in which to interact with the environment around us, there are many many possibilities for how AR technology can be used in the classroom and developed in the future.  The apps discussed here provide a good place to start.

Much of the content on this blog, Technology for Learners, is about innovation.  I see ever more clearly that leadership and innovation go hand…